I went ahead and transcribed the Latin recitation rhythms from "All That's Known".  Feel free to use it, if you like - here is a link to the PDF. 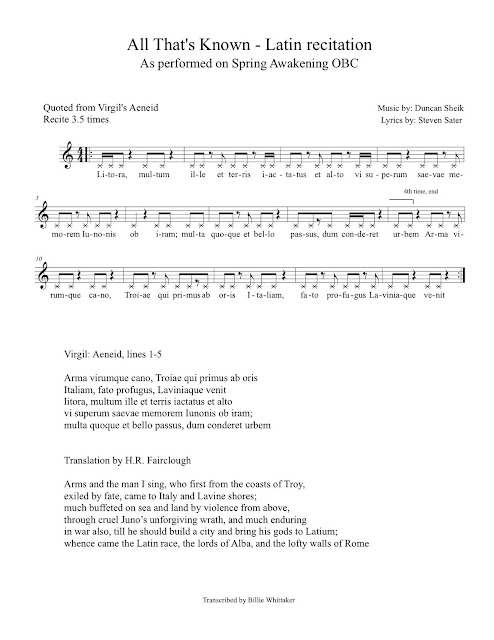 Considering the amount of times I've brandished a knife in the kitchen, I've had amazingly few digital injuries.  Yesterday I got nicked in an unexpected way: opening a peanut butter jar.  As I pried the top off, I managed to slice open my finger on the protective plastic covering.

Fortunately, because I'm in a job where paper-cuts are an occupational hazard, I have boxes of bandaids (all sizes).  I got to play the piano later that morning with a firmly placed bandage on my third finger. This didn't throw me over-much, fortunately, as there are many occasions in which I've needed to play with bandaging:

I've also heard that cold, cold weather can lead to split fingertips (some pianists use nu-skin for this problem).  I'm lucky to have avoided THAT problem, so far.  But I'm curious about other people's 'war stories'.  One doctoral student I know had a serious kitchen accident right before a recital: his response?   "I'll just have to re-finger everything."  Tell your story in the comments section.

Important information for all: remember when in the kitchen - Always curl your fingers inwards when cutting!

If resumes reflected what we actually do:

Perform regularly in every musical style known to mankind

Translator and interpreter:  I speak Singer (specialization in Soprano and Bari-tenor dialects), partially fluent in Dancer

Posted by Billie Whittaker at 1:02 AM 0 comments

I can't make this up.  Check it out, they turned this piano: 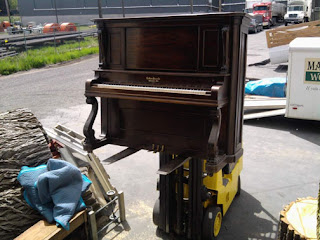 Into this dining room table: 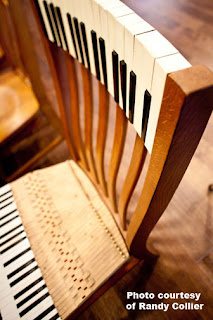 Email ThisBlogThis!Share to TwitterShare to FacebookShare to Pinterest
Labels: Decorating for Musicians, Randomness

All the minutia you could ever want about the Spring Awakening band.

ACT ONE
0. Opening phrases (played by entire band heard on soundtrack) before 'Mama Who Bore Me' are not written out

This article is not referring to me.  Apparently I share a name with a female martial artist who lost a match to this lovely young lady: 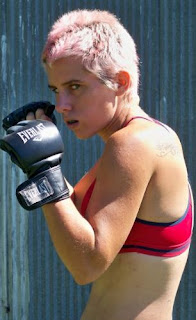 I do music.  And the closest I've come to martial arts is kickboxing aerobics (no hair-dye required to attend). Glad we cleared that up.


Posted by Billie Whittaker at 4:19 AM 0 comments